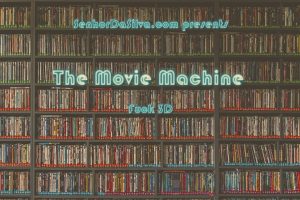 Accompany Eric, Ben, Kyle and Alex on their crazy adventures through the movie universe.

Plot: A Machine with the ability to send people into the movies you insert into it and the adventures of four crazy people.

Plot Episode 1: The three lunatics Kyle, Ben and Eric are sharing an apartment in downtown San Francisco. Ben is the homosexual and responsible leader of the group, consisting of the stoner Kyle and the crazy inventor Eric. Regarding the lack of money, the three are dealing with, they decide to search for a new roommate. In their case – the beautiful and cheeky, Alex. While interviewing Alex, Kyle decides to test a new machine that Eric has invented. A test that ends with a journey they’ll never forget.