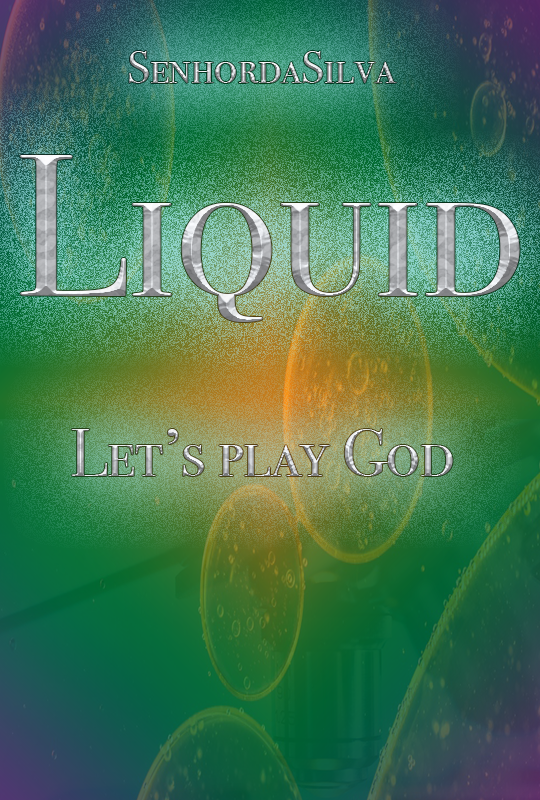 You better don’t die or your life, is their life.

A small liquid have been created to dive into the life of dead enemies to collect informations to prevent attacks. A motif, which is not longer anymore the interest of the company. From now on, every one is in danger. Run and be fast. They need your DNS and more – they need you dead.

Eco 1: The first dive is the hardest

Loud shouts were audible and the convict, also known as John Riley, opened his eyes, seeing a pastor standing right in front of him.

The pastor looked very nervous (sweat running down his face) by the look at John.

»Bonne chance«, he said without looking at him and moved away, revealing the view at a huge crowd of people screaming at the convict. It was at this very moment that the man understood that he was standing on a wooden stage, looking down at the plaza of a French town full with people who wore old fashioned clothes. Like from hundred years ago. French flags were holding by some of them.

»Hey, Hey. Where am I? Who are you? What’s happening?«, John asked while looking around the stage and seeing some men with white wigs and black hats. All in a blue and red soldier uniform.  No one answered. Instead two men dragged him forward to a strange wooden machine. The convict didn’t knew what it is, till to the moment, they forced him to kneel in front of a small wooden wall with three holes in it. The one in the middle, was that big that one could put his arm through or his head. John looked up and spotted a skewed long blade at the top of the machine (held by a rope and lead by a wooden frame, connected to the wooden wall in front of him).

»No, No, No, No«, He spilled out, understanding that he was kneeling in front of a guillotine. The two soldiers ignored him and fasted him, prepared for an ugly death.

A thick man moved beside him and spoke some words in french to the people. They cheered by every third word. John looked horrified through the angry crowd as he spot one little girl with black hair and a white dress who caught his attention. She looked at him with tearful eyes. John, fascinated by the little girl, didn’t noticed the thick man anymore. So without big announcement, the man nodded and the blade ran down.

John closed his eyes and screamed like a maniac.

He opened his eyes again, blinked and found himself sitting in a cafe.

A man with light grey hair, Steve Hope, was siting in front of him. Right next to the man stood a beautiful waitress. Both looked cuban and both stared at him startled.

»I guess he don’t want the cheesecake«, Steve said to the waitress and she moved away, while shooting some weird looks back from time to time. John breathed hardly, sweat ran down his face and he kept touching his throat, feeling if everything is still there.

»Yup, the french revolution. Always a fun«, Steve said with a sign of amusement and lighted up a cigar.

»Where are we and what happened?«

»Cuba. I’ve thought it would be a nice idea ending your first dive by waking up in a café. I also thought about a fast-food shop or a strip club but … «

»… What is happening here? I was in France! Did I’ve dreamed?«

»Relax, you look like you’ve got an asthma attack. You’ve dived.«

»I dived«, John spilled out, while taking a sip of water out of the cup in front of him. His hands were trembling and sweat ran down his forehead.

»Yeah. And you did  …. good. Although you only have been five minutes over there. But hey – it’s a start. Oh by the way, just a  little information from our site of the company. We’re still dealing with some side effects, so you may feel some sorts of sickness like the urgent need to …«

Before Steve was able to end his thought, John puked and raised the attention from the other people around him for a brief moment of shame.

The waitress came back with two cappuccinos. She looked at John in disgust, while he was cleaning his mouth.

»Oh, we’re fine. Thanks honey«, Steve confirmed her and took the cappuccinos.

She went away as fast as she could.

»Dived«, Steve replied, while enjoying his delicious cappuccino – and the beautiful cuban women around him siting in the café.

»Is this a game?«, John asked seriously with a look of deep confusion on his face.

»Yes! Let’s called it a game. Look, people have always been interested in traveling through the time. Me and you know this concept from movies like “Back to the future” and those stuff. But our government was one step ahead. What if we can travel back in the mind of our enemies? We could seen with whom they have worked and who are in the network of devils. So our scientist and engineers worked a little and we created it.«

»They called it “Liquid”.  One small shot of it into your brain and voliá – you’re in the game. All ones need is a piece of DNS from the target person, who unfortunately has to be dead.«

»Oh some sort of complication. They can’t run the data, when the host is using it too. Dunno. Do I look like a scientist. You’d better ask the guys with the big glasses and  the white duster.«

»Wait a moment … if you’re living the life of another person … is there not the possibility to change the future. I mean what if ones is a president and decides to attack the world? And how was it possible to travel that far away? Who is your company and why am I doing this?«

»Gosh! It’s like you’re having your first period. I can’t explain why it’s bleeding, but I do understand that you’re talking about a paradox«, Steve answered, put out his cigar and moved his chair more closer to John. »See you only can dive in the dns of one person for thirty minutes. Imagine it as a cage where we sat in a small child with colors and papers to draw. The kid can draw over the entire floor and made his environment look like shit, but after thirty minutes we took the gamer, in this case the kid, out of his game, the cage. We clean the cage and made it look like no one ever has been in it. So after a gamer leave we reboot the system and the next gamer can come in. Additionally we are running the game outside of this timeline. It’s like creating another dimension over and over again, controlled by artificial frames. You are in one of our recruitment program to become a diver or a gamer or whatever you want to call it. And you can travel back as long as we have some sorts of source. For Example: You traveled back to France with just a piece of a bone. Our guys are pretty good in the laboratory. Sadly we aren’t able to set the time frames absolutely correct. So we’re dealing from time to time with bugs and someone lands in unlikely situations in the life of the host. Like you obviously did.«

John looked at him puzzled.

»We should better have take the strip club. Less questions would be asked.«

»I saw a little girl. In France. She looked so familiar.«

»Yes another side effect. Memories of the host could suddenly rise up and get mixed up with your current situation. I was once in a taliban camp and suddenly an ice-cream car came by. I don’t have to explain how this one ended. But I can confess you. You have no kids and after reading your CV and the infos about your time as a paratroop, I’m not even sure if you’re able to have once anymore.«

John looked around the whole scenario. »So nothing here is real?«

»It is. For the moment you’re here – everything is real.«

»But when I die. I just get kicked out of the game.«

»So …«, John grabbed a knife and pressed it against his throat. »When I hurt myself. It don’t really matters, right?«

»Hey, hey, hey. Calm down, boy«, Steve warned John looking at the shocked people around them. »Jesus. Of course it matters. It hurts just like back in the real world. P.S. don’t forget. You’re brain is reloading the memories. It could be possible that it emulates the pain you’re going through during your dive and your body – your real body – get’s hurt by setting your heart under to hard pressure.«

John put the knife away, looking even more confused.

Steve grabbed his forehead and wished away the drops of sweat with a napkin. »God. It’s like having a brunch with Van Gogh.«

John gazed at his fingers, trying to figuring out what is going on. Steve moved his look at his watch and turned pale for a brief moment. His face was unreadable.

»John, take a look at the news paper«, Steve commanded, while having a look at his watch.

John hesitantly took it and examined the front page.

Suddenly the sounds of shoots and screams filled the air and the people in the café started to move away in panic. John watched them runaway and looked down at himself with a sense of  revulsion. He raised his glance up to Steve, who is rolling the news paper to a tube.

»…Si, we aren’t cubans. The beautiful thing about Liquid is, that we can shoot you several injections timely delayed. So after your five minutes meet-up with the angry french crowd, they’ve sent you for thirty minutes to cuba during the revolution. It’s Castro’s time at this moment and my time is running out in one minute and twelve seconds. You, my friend. Are still caught here for…«, Steve stopped his thought to take a look at his watch. »… 25 minutes and thirty seconds. If I were you, I would probably search for a nice place to stay, cause get caught by the rebels and be tortured to death isn’t that kind of experience ones have to made in his life.«

John looked at him startled, while Steve smiles like a well-sated child.

»But … where …«, John ended his sentence, witnessing Steve passing away like hit from a light or getting shoot by an invisible bullet.  »What the …«

John jumped up from his seat in fear. His glance still focused at the corpse, he heard the sound of the rebels coming closer. They were screaming spanish sayings and shooting bullets into the air. It sounded like they were breaking the sky into pieces. A sound that hurts in the ear and makes ones skin trembling like hit from a electric shock. John looked back and saw the wild crowd coming on feet and in big trucks. All armed with machine guns and pistols.  He ran as fast away as he can, disappearing into a small back alley. Fast he hid behind a garbage bin, observing the wild bunch passing by. Under his feet rats were crawling, releasing awkward sounds. The crowd seemed to be away, so John carefully raised up. He breathed in relief as a sound of a loading gun behind him made him freeze. A dirty-looking , bearded cuban man stood behind him, pointing his gun at Johns occiput. John sighed.